Employees Who Blow The Whistle Are Protected 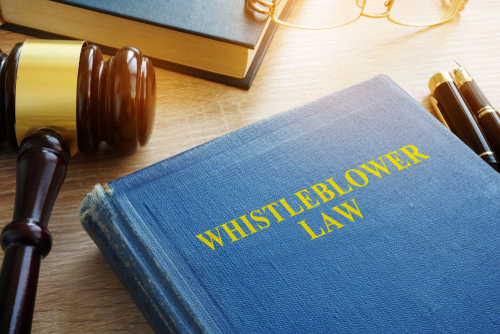 The Protected Disclosures Act no. 26 of 2000 (PDA) protects employees from reprisals as a result of having blown the whistle on the employer. This applies whether the disclosure in question is made to authorities within or outside of the company/organisation concerned.

Whistleblowing employees are also protected by sections 186(2)(d) and under section 187(1)(h) of the Labour Relations Act (LRA). The former section classifies as an “unfair labour practice” any employer conduct short of dismissal resulting in “an occupational detriment” to an employee who has made a protected disclosure as per the PDA. The maximum compensation awarded to an employee successful in such a claim would be 12 months’ remuneration.

The latter section of the LRA makes it automatically unfair for an employer to dismiss an employee for having made a disclosure protected in terms of the PDA. While few such cases have been reported in labour law it appears that the courts are trying to look after the interests of both employers and employees.

In Global Technology Business Intelligence (Pty) Ltd vs CCMA and others (2005, 5 BLLR 487) the Labour Court found that the employee’s report to his lawyer of alleged unfair discipline did not fall under the definition of a disclosure for purposes of the PDA. The Court, therefore, refused to assist the employee.

In the case of City of Tshwane Metropolitan Municipality vs Engineering Council of SA & another (2010, 3 BLLR 229) The municipality’s management rejected the job applications of white applicants chosen by the municipality’s selection panel. Management’s rejection of the white applicants was on the grounds that the posts were to be given to black applicants despite the fact that those black people who applied all failed an approved test.  The managing engineer objected to the management’s decision to appoint the candidates who had failed the test and sent a letter to this effect to his superiors and then to the Department of Labour. He expressed his concern that the appointees who had failed were not qualified to do dangerous electrical work.

In response to this, the management disciplined the managing engineer and found him guilty of distributing his objection letters without due permission. He applied to a court for an interdict against any form of sanction being implemented by the municipality. The Supreme Court of Appeal later found that the employer was not entitled to discipline the employee who had blown the whistle and ordered the employer to pay the employee’s legal costs.

In view of the above employers are advised to tread very carefully before acting against any employee who makes allegations involving employer wrongdoing.